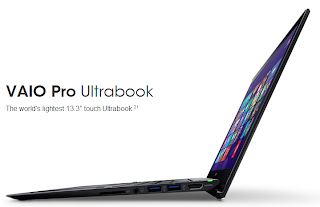 The new Sony Vaio Pro is one of the most promising ultraportable machines of 2013 - not only is it the lightest 13" ultrabook on the planet (at ~2.3 pounds), it's razor thin with a brand new energy-saving haswell cpu (giving it ~8+hours battery, supposedly) and the radical new Samsung PCIe SSD that offers 2-3X the speed of top-of-the-line SSD predecessors.

I got my hands on it to qualify its candidacy as a replacement for the Lenovo Yoga.
Here are some takeaways you might not surmise from photos & specs.

Here's how to open it up:

1. Peel off the long rubber strip

2. Pop off the middle tab

4. Remove the 12 newly exposed screws
5. Carefully pry open the case, starting in the middle and working towards the power port side first 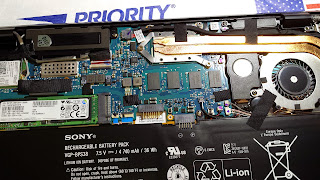 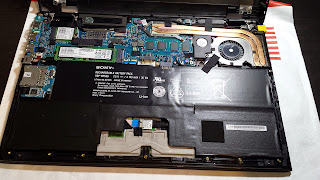 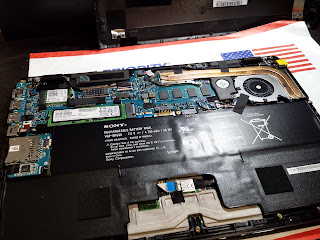 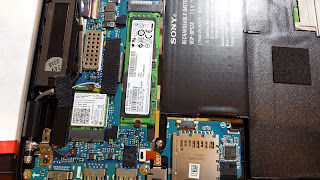 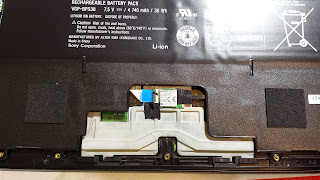 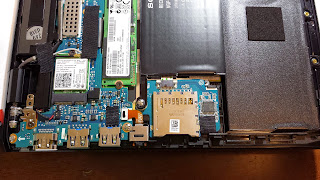 Not much you can do to upgrade, unfortunately.

The machine uses an uber-fast PCIe SSD, which I can't seem to find by itself online.

Your best bet for upgrading is really just throwing in a 128gB SD card.

Here are the rest of the benchmarks I took: 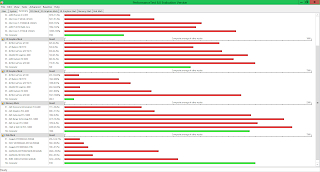 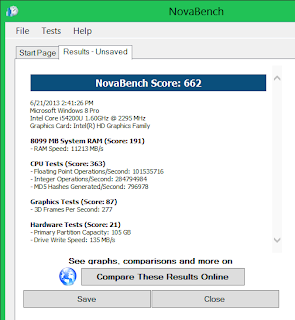 All in all, the pros of this machine do not make up for its lack of convertibility & lack of expandability. I'm gonna hold out for something better and stick to my Yoga + stand + support brace. What about you?
Posted by tribixbite at 7:11 PM 20 comments:

Haswell Ultrabooks, Touch Laptops, And Convertibles Available now for Order / Preorder - Which will you buy?

Eager to replace my 8gB RAM dual-SSD $999 touch/convertible Lenovo Yoga with something a little less carpal-tunnel-inducing & with battery life at least meeting if not exceeding the Samsung Series 9 (which I had been acclimated to immediately preceding the Yoga), I've spent a couple hours scouring the web for info on new Haswell machines & their availability.

TBF, I've been keeping an eye on ultrabook offerings pretty consistently due to my total and utter bewilderment at the lack of viable options - really, the Lenovo Yoga has been the only legitimate choice for quite some time now - and it certainly has its shortcomings. 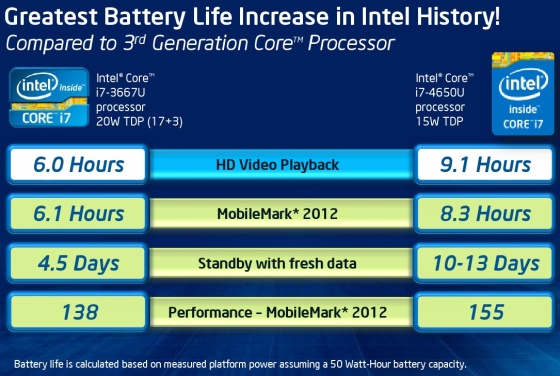 "Delivering Intel's largest generation-over-generation gain in battery life enablement in company history"1, Intel's new haswell CPU is key to bridging the gap in portability, power, and battery life between tablets and laptops. But you already knew that.

Tomorrow might hold some exciting releases for Haswell ultrabooks, but sadly, Intel & notebook manufacturers seem to be planning on a Fall launch for the majority of the first batch of Haswell machines, timed for back-to-school shopping.

Right now most machines available use the i7-4700mq haswell chip but there of course are lots of other flavors to go around.

I've found ultrabooknews.com to be my favorite source for succinct, up-to-date info on ultrabooks, without all the clutter of other tech news sites. If you have other recommendations, let me know in the comments.

Personally, I'm thinking the Sony Vaio Pro 13" or the Asus Book T300 look like good candidates for my next machine (unfortunately I have to rule out the Zenbook Infinity because it's not convertible). What do you think?
Posted by tribixbite at 10:46 AM 4 comments: